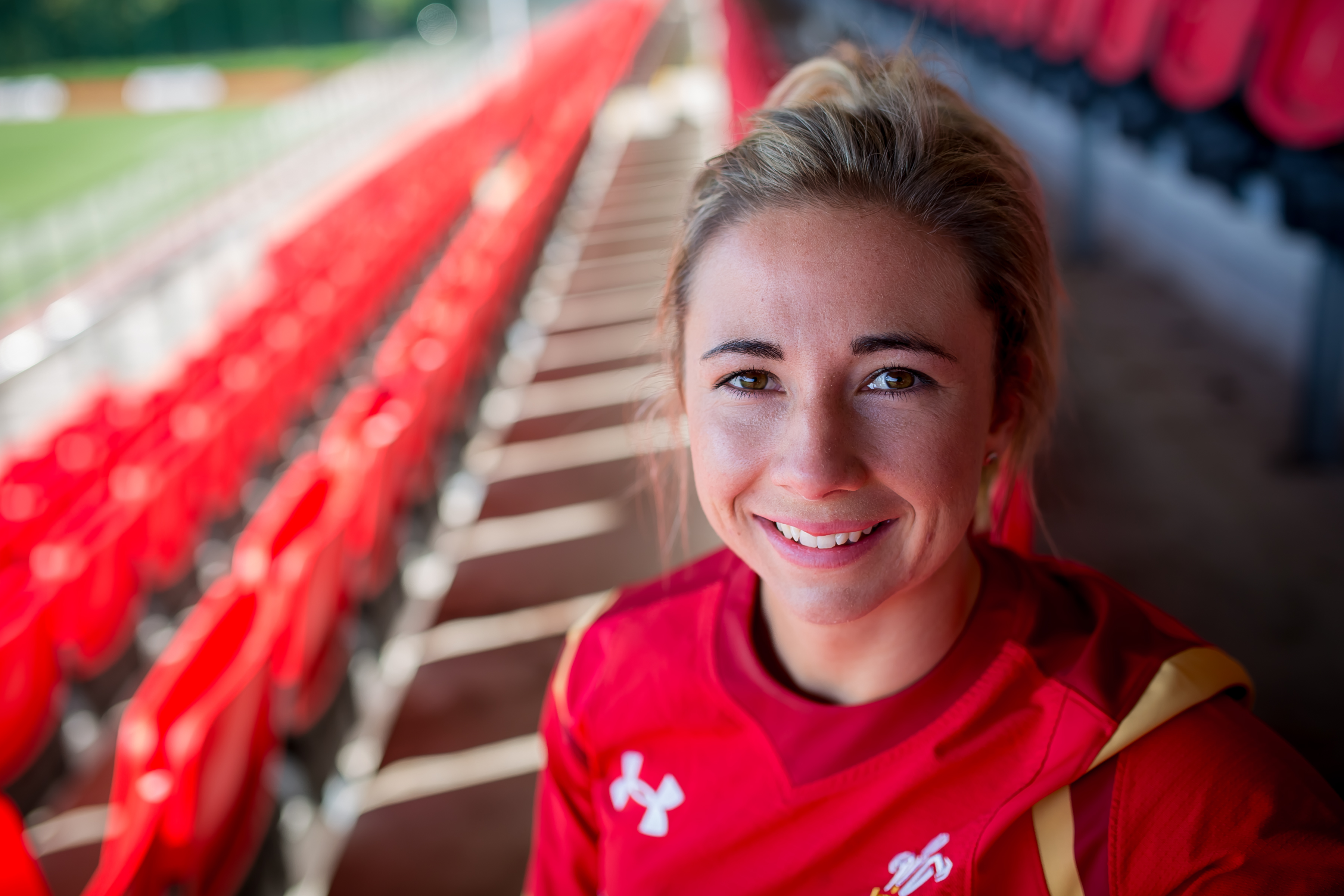 Happiness is Egg Shaped are DELIGHTED to feature an interview with Welsh International Elinor Snowsill as she prepares for the World Cup in Ireland, starting in August. 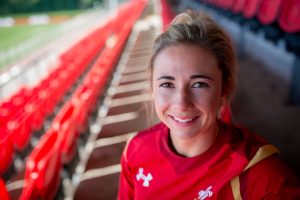 The Women’s Rugby World Cup kicks off on August 9th in Ireland and the growth of the game is gathering phenomenal pace! There are plenty of positive Role Models in the Women’s game, none more so than Elinor Snowsill of Bristol Ladies and Wales. When she isn’t running her own business, educating people in the benefits of nutrition, being an Ambassador for the Dallaglio Foundation, Dame Kelly Holmes Trust and the Womens’ Sport Trust, she is starring for Wales in both 7s and 15s and looking to make a BIG impression on August 9th v New Zealand in the first game of the World Cup.

Why rugby? Who were your role models when you were younger?

I love all sports but football was my main sport growing up. I started taking an interest in rugby in high school, but thought it was too late to pick it up. I was lucky to be a part of my school team who were Welsh Touch Champions for three years in a row, and through that I began playing contact. My sporting role models were Kelly Smith (football), Kelly Holmes and Jonny Wilkinson.

I get my drive from my innate competitive nature, which comes from my parents… family holidays were always full of competitive games. Although it frustrated me a lot at the time, my dad would never let me win, which definitely pushed me to constantly want to improve. I am also lucky to have a younger brother Aron, who was as obsessed with sport as I was, so the hours and hours spent kicking a ball around in the garden definitely helped! 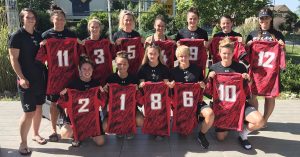 With the World Cup in Ireland on the horizon, how are preparations going?

Preparations have been going well, I have been involved in the sevens set up over the summer which has given me a perfect opportunity to fine tune my skills, as well as giving me a great fitness base. We had a successful Rugby Europe campaign, which will give a lot of the crossover players confidence going into the World Cup. As a squad, we have had the opportunity to play some very competitive warm up matches and are continuing to develop under our coaching team.

What are you most looking forward to about the World Cup?

I am really looking forward to the opportunity to focus solely on rugby, and to be able to live as a professional would 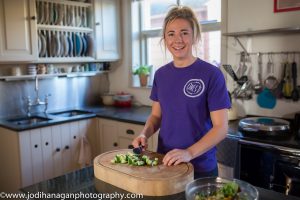 for three weeks. Having no other work distractions will free us up to be able to focus on our training, recovery, mental preparations and analysis on our competitors. I am also looking forward to catching up with friends who play for other countries who I haven’t seen for a while!

How has the game grown in the lead up to the World Cup and what do you expect this will do for the growth of the game?

The increased media coverage this year’s Six Nations received has hugely boosted our profile in the lead up to the World Cup. I have seen more and more girls join our local ‘Cluster’ clubs, with a lot of them knowing who we are as players having watched us on TV during the Six Nations. In terms of the World Cup, the fact that some tickets have already sold out shows how the demand is far beyond expectations (which is rather unfortunate for my parents who didn’t buy tickets for the second game in time!).

What do you love about your position?

As all my teammates will tell you, I do enjoy being in control and leading the team – which are ideal characteristics for a fly half. I love that you must be able to multitask, decision make, and use an array of skills to direct the team attack.

If you played in the forwards, what position would you play and why?

Great question! Definitely number 8… I would love to pick and go off the base of the scrum, and jumping in the lineout has always been something I’d love to do (although I wouldn’t be too keen on being involved in a maul!).

What challenges have you faced in your rugby career and how did you overcome them?

At the start of my international rugby career, I wasn’t really enjoying it because of a combination of injuries and being played out of position. I came very close to giving it up after the 2010 World Cup. My parents asked me what would make me want to stay with rugby, and I realised it was having the opportunity to play and train in my favoured position and no other. I approached our coaches and explained that I only wanted to be considered as a fly half. Thankfully, they agreed, and having that focus gave me the motivation to stick with it and enjoy it again. 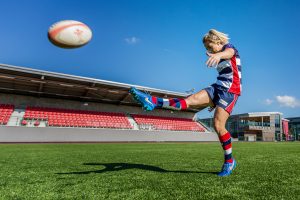 How do you relax away from rugby?

During the week, I love finding independent coffee shops, going to the beach for sunset & cooking epic feasts for friends and family. If all of our international timetables allow for it, I like going surfing with my Bristol teammates Amber Reed and Claire Molloy. After the World Cup, I have booked a holiday to Italy with Dydd and I can’t wait to spend a week eating chocolate Gelato!

You LOVE peanut butter…. Do you take your own supply with you when on International duty?

Thankfully, Hannah John our Team Manager is also a huge peanut butter fan, so she always makes sure there is a supply of it in camp!

If you could score a try on any pitch in the world, where would it be and who would be the opposition?

As a Welsh girl, it would be amazing to have the opportunity to play at the Principality Stadium. I don’t score many tries, so against any opposition would be just fine with me… but obviously scoring against New Zealand would be pretty special.

Which of your team mates is the funniest and what do they do to make you laugh?

Two people immediately spring to mind… and neither of these are deliberately funny or even realise how funny they are. Hannah Joan Jones, our centre is hilarious. It has taken her a good couple of years to come out of her shell, but it was definitely worth the wait. She is very dry, but comes out with the funniest one-liners, all with no expression on her face whatsoever. The second is Jess Kavanagh, who has absolutely no filter. She says exactly what is on her mind, and is a very fiery character with a heart of gold. Her ‘no messing’ chat provides us with hours of amusement.

Scrambled if I’m in a rush with some dried mixed herbs.

Happiness is Egg Shaped would like to wish Elinor and her team mates all the best for the challenge ahead! We have no doubt, that with the determination and leadership she has shown in the  past, the future is very bright. The World Cup is set to be a fantastic stage for the game to be showcased and will hopefully attract even more supporters, players and sponsors to the game.