The Whistler! Every game needs one! John Smith’s story so far… 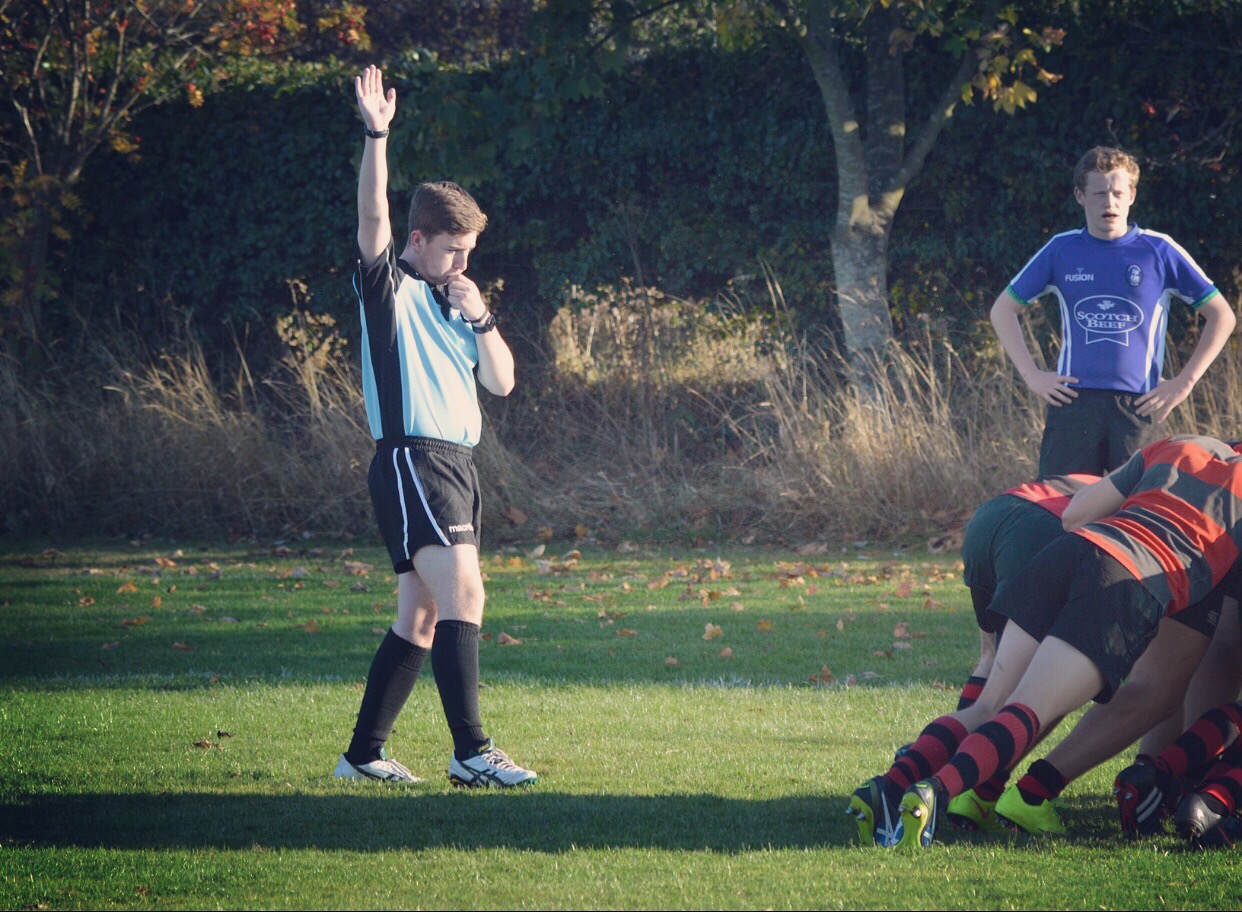 Like Policemen, Referees seem to be getting younger and younger! John Smith has taken up the whistle and looks set to make progress to the top of the game, inspired by Nigel Owens and supported by the Scottish Rugby Union. John took time for an interview with Happiness is Egg Shaped to tell his story so far…

Why did you take up refereeing and where are you now?

Well, I was in my fourth year at Ross High School in Tranent, and was playing against Preston Lodge in a local derby. The referee penalised me twice at a scrum and I blurted out some expletives in anger. He then offered me the whistle and suggested I try refereeing myself!

Around three weeks later I completed a Level 1 refereeing course and registered with the Edinburgh Rugby Referees Society. I was refereeing junior school games for a few months before I got my first senior match, Dalkeith RFC 2s v Preston Lodge 2s. That was a great learning experience. I lved it and signed up for the Level 2 refereeing course.

As a Level 2 ref I got more second fifteen appointments and was delighted to land a place in the Scottish Rugby Refereeing Academy in January 2016. I am now getting regular coaching and watched to allow my development to be monitored carefully.

After some positive performances and reviews at the end of last season I was asked onto the Level 3 course which was more intensive over a weekend! I was much younger and less experienced than everyone else but it was a great environment to learn! It was an amazing weekend and was nice to hear that I had also earned a place on the Scottish Rugby Development Panel, another step in there right direction! 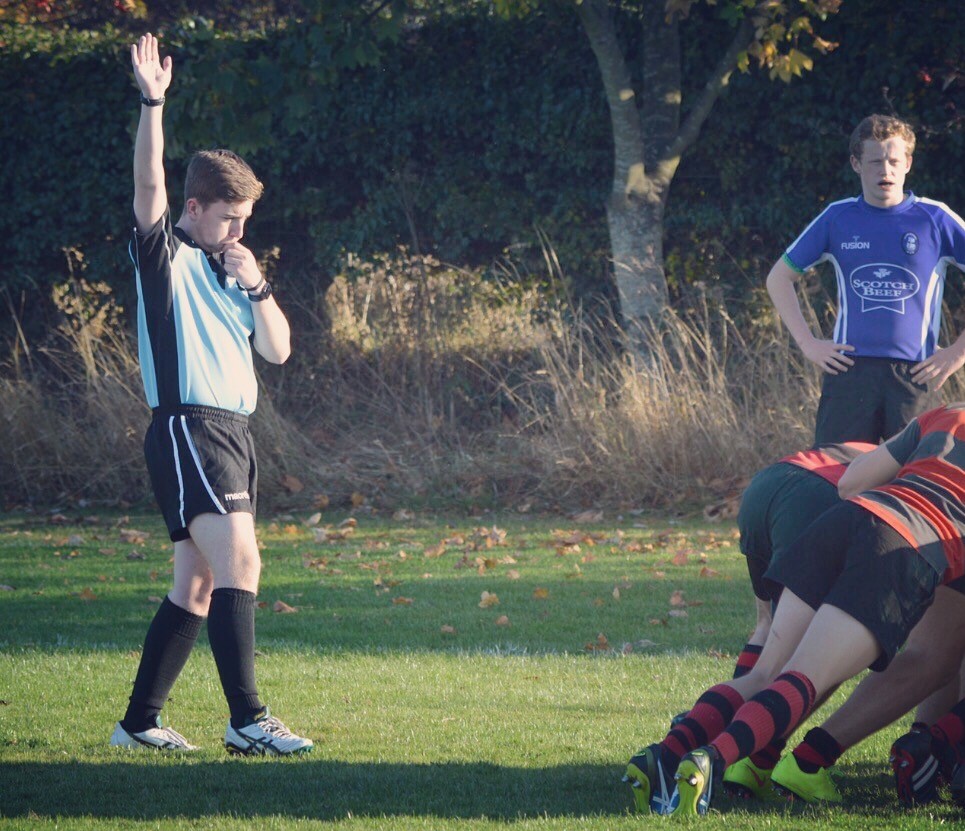 What are your ambitions for the future?

The ultimate dream would be a Rugby World Cup final, but since 1987 only eight referees have had that privilege and for now I am much, much, more realistic! For the end of this season (2016/17), I would like to be pushing onto National League 3 matches, it’s tough and I still have work to do but it is positive to have an achievable goal.

Overall, I would like to make the professional game, some people tell you can, others tell you that you’ll never make it, and maybe they’re right, but I think it’s good to be positive, and to have an ultimate goal.

There must a lot to learn…

Apart from gradually building a knowledge of the 22 Laws of Rugby Union, I have learnt a lot about myself. It’s important to have your own identity as you begin to build relationships with clubs you regularly referee, on and off the pitch.

Not everyone can go out and be as quick witted as Nigel Owens or referee like him, and that is important to remember! 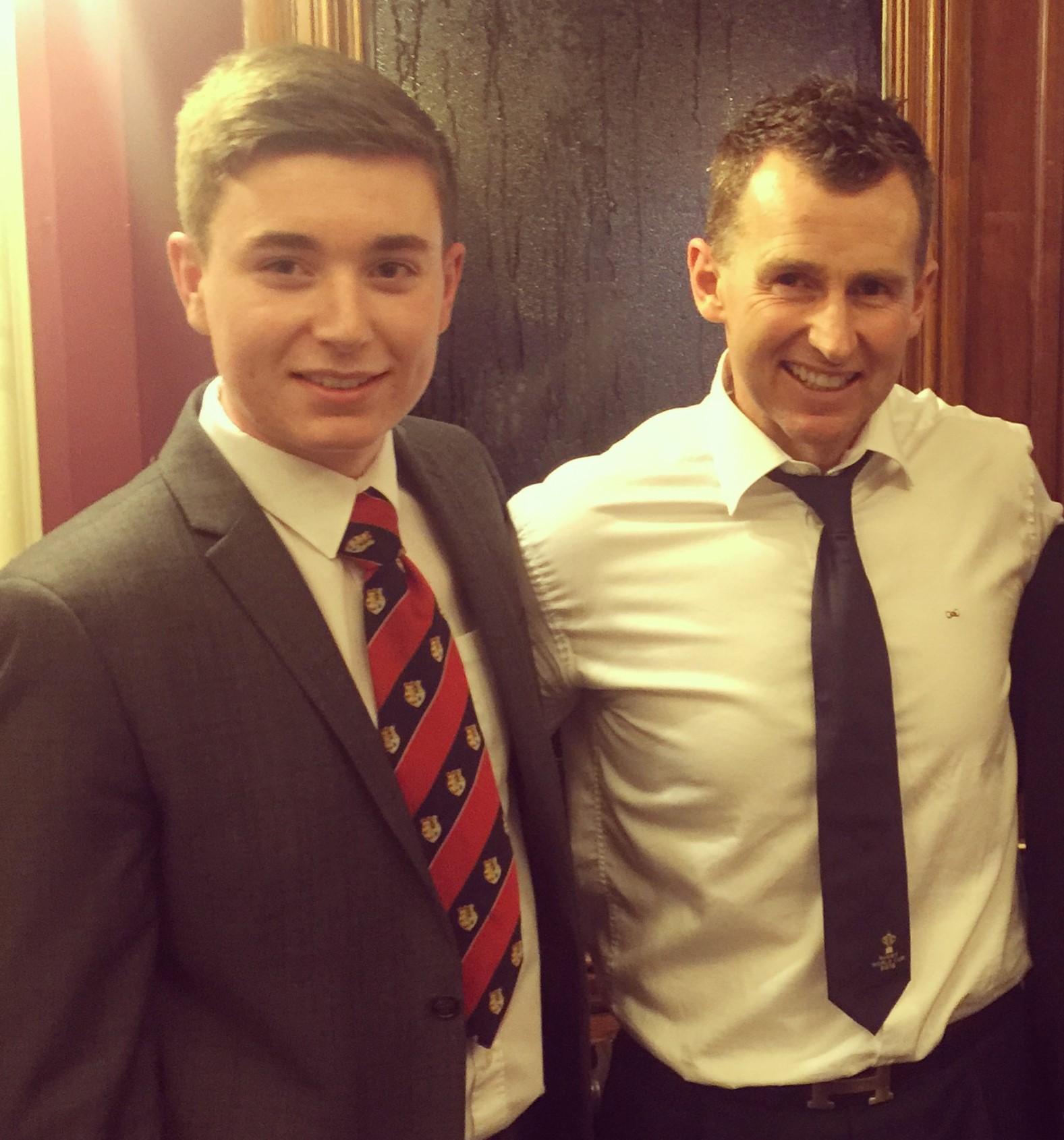 I am fit physically, but as a referee mindset and your mental game is crucial too! Over the last eight weeks I have been working with a mindset coach, on the processes, and some techniques elite sports people use to better their performance. I have been looking at removing pressures, expectation and perfectionism in my performances and I am really pleased that subsequently my performances have improved.

What’s the best advice I have been given?

Someone once said to me, “…it’ll do, won’t do!” and that struck a chord. I guess they meant, that taking an attitude of “that will do” was negative and you were settling for second best, which simply ‘won’t do’ me any favours!! I realised then that you have to strive to achieve more, then you know you did your all, and in the end, there can be no regrets. That is always my basis for improvement and doing better.

Who do I look up to?

That is a tricky one. All the guys at the top of the game have something to be desired, but the rugby they referee is different to the lower domestic game in Scotland. I have worked a little bit with Nigel Owens and Wayne Barnes did me a few favours for a Sports Awards night I was running which was cool too!
In Scotland we have had Mike Adamson referee on the World 7s Series and at the Olympics and I have worked with him a few times! Guys like Mike, who you can learn from through the SRU are great, there is lots to be learnt from them, their experiences and the top guys who look after them!

I would find it difficult to pick just one referee who I look up to!

Do you miss playing?

No, I don’t think I do! Since starting to referee, I have had so many more opportunities to be involved in rugby of a much higher level than I could ever have been as a player. I still have my friends which I made when I played out at Ross High but there are so many new people I have been able to meet now as well! Some of which are now very close friends! Sometimes refereeing out in East League 3 on a wet Saturday it can be lonely and you can miss the team environment but that is the way of it, and it is so enjoyable to give something back to the game which at 17 has already given me so much!

Funniest moment so far as a referee?

I was refereeing a lower league fixture when some fairly text book foul play happened a couple of minutes in, and what should have been a fairly easy call left me mortified.

I pulled out the red card and stuck it in the air towards the player, rather than the yellow and scrambling in my pockets to resolve the situation, I soon discover I had forgotten to bring a yellow out the changing room!! I was the subject of a few jokes in the bar come the final whistle!! 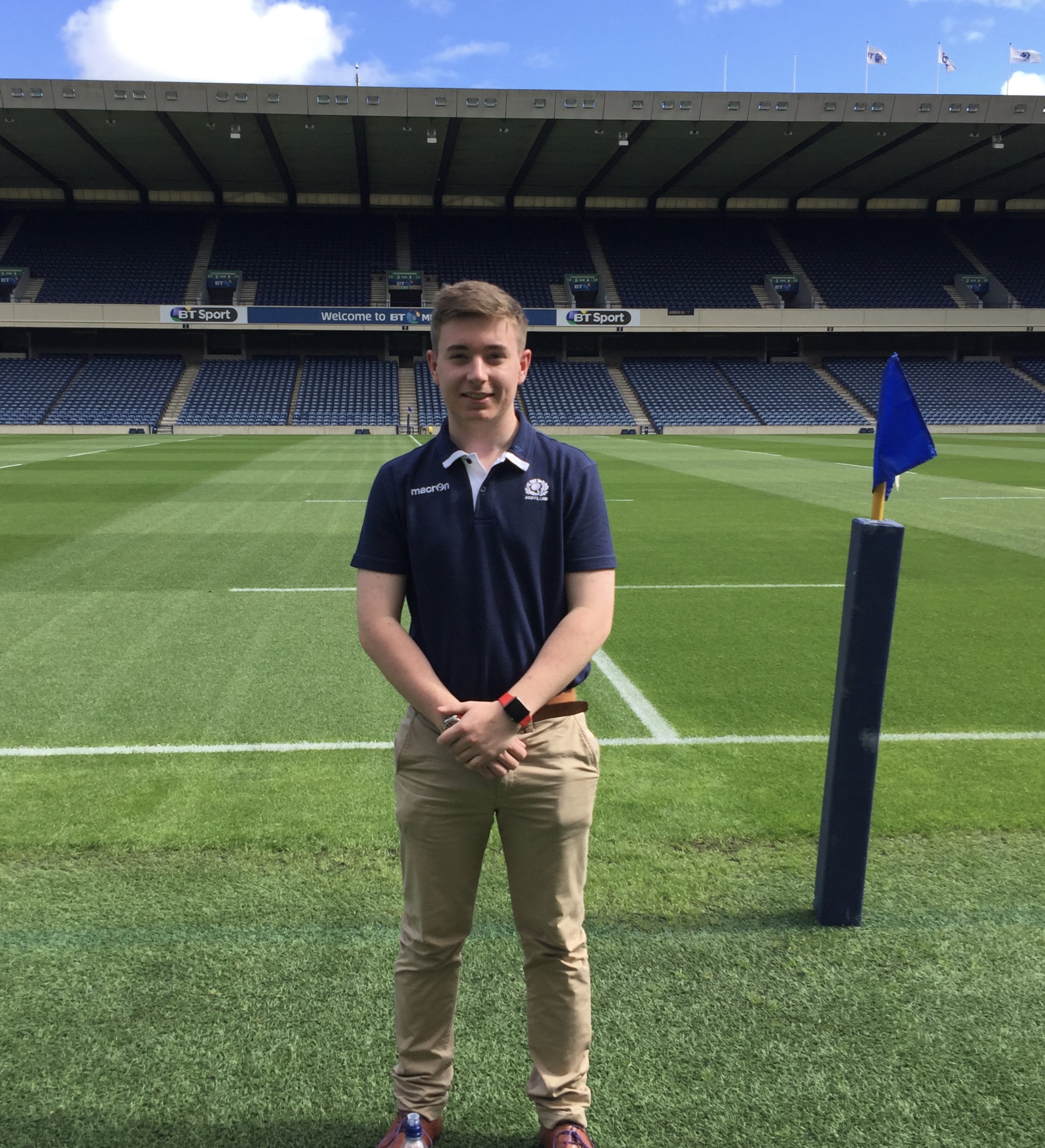 Eggs well it has to be boiled! Soft boiled egg with soldiers – my granny still cuts the soldiers for me!

John has made a great start to his career and is applying great maturity to his approach. He is keen to learn and willing to listen. That RWC Cup Final might seem far off in the distance but we wish John all the best for his journey towards his dream. LOOK OUT NIGEL OWENS!

Happiness is Egg Shaped would like to THANK referees at every level of the game for their dedication and commitment to keeping this great game alive and kicking. We will be using #ThanksRef to show our support to referees! Join us on Twitter and Facebook.