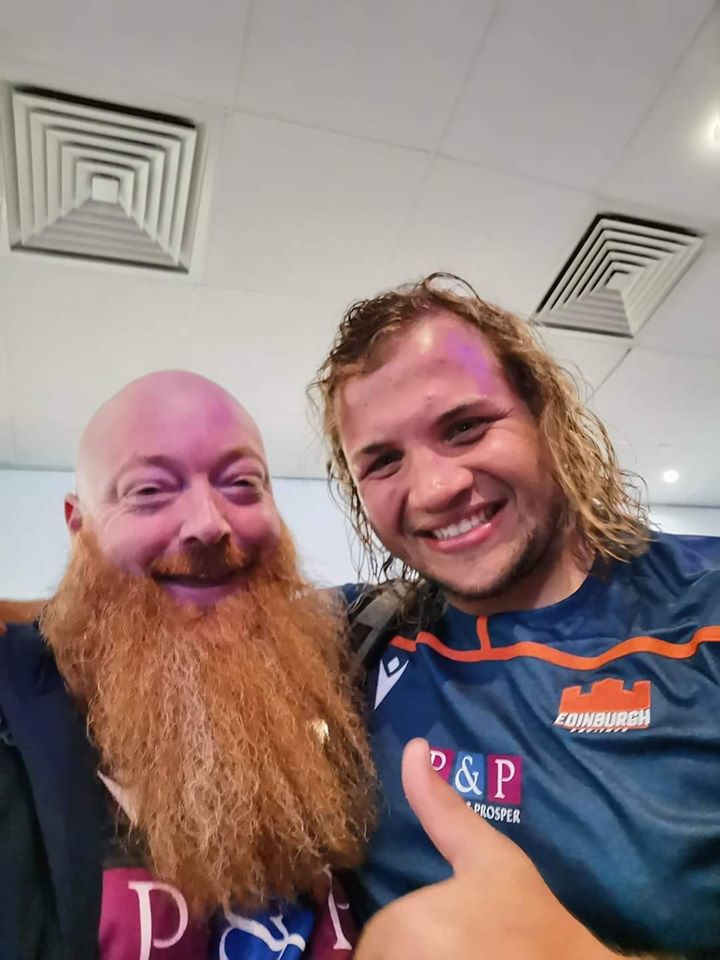 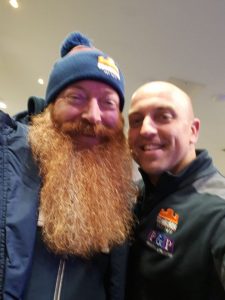 This is his story, in his own words. I’m delighted he chose Happiness is Egg Shaped to tell his story.

I never played rugby until I went to Galashiels Academy, we always played football in Stow. At the Academy I was lucky to have Rob Moffat as my P.E teacher. For whatever reason, he thought the lanky lad from Stow should be part of school rugby team. My first game was away to Stewarts Melville. I was picked in the second row; my opposite number was a farm lad who used to occasionally play in goal for Stow – his name was George ‘Doddie’ Weir. I wonder whatever happened to him. It was a great day, Gala won 13-12. I played for 3 years, by then I was losing interest in school and I lost my place in the team. For the next 30 years I followed football. 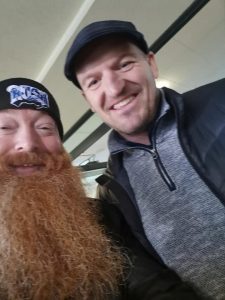 Then in Autumn of 2014, I went along to Murrayfield to watch Edinburgh in the Pro 12 against Connacht. There were less than 4000 fans, but one game was all it took. We got beat by a point, but I loved every minute. By the end of the season, I’d been to every home game and got my first Scotland Season Pass. Not only had I found my sport, but in Murrayfield I’d found my home, a place where I felt I belonged.

The following year I bought my first Edinburgh Season Pass, I was hooked. I went to my first away game that season – Glasgow Warriors at Scotstoun. The welcome I received blew me away, this was different to what I was used to in my time as a football supporter. It wasn’t a bitter rivalry; it was just like-minded people who wanted a different team to win.

My rugby life took off when I joined Scottish Rugby Forum on Facebook. I started as a member and soon after became an Admin. I have a BIG ginger beard which makes me easily recognisable. I was quite a shy person and I found it strange having people come up and ask if I was Ian. We would start talking and it felt good to be part of something. Within a very short space of time I realised that not only had rugby introduced me to a new circle of friends, but it had brought me people who I would later class as family. 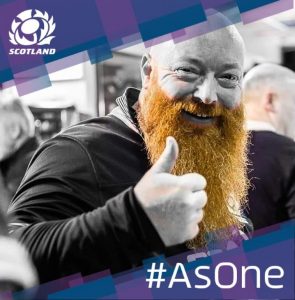 As well as attending every home match (I’ve only missed 1 in 5 years), I’ve been lucky to attend away games in Glasgow, Newcastle, a wonderful trip to Toulon, and Wasps. On international duty, I’ve been to Leeds for RWC’15 and 3 trips to Cardiff for fixtures against Wales. Rugby has changed me; it has brought me out of my shell and given me confidence. That comes from spending time with the amazing people we call the Rugby Family, players and supporters alike. I’ve met too many good people to name them all here, but I hope they know who they are and how they have made me feel part of something special.

Rugby can be summed up by what happened to me after Scotland played Australia. I walked into the Murrayfield Sports Bar and found a fella in a Welsh top, with a woolly beard who had been at the match. I asked for a selfie, as I always do, and we started talking. By the time I left, I had not only made a new friend in Richie Turner, I’d also met someone who said he could get me a ticket for Wales v Scotland in Cardiff. Sure enough a few weeks later, I got a message to say not only did I have a ticket for the match sitting with Richie, he’d also arranged a B & B for me in Caerphilly and paid the deposit so I didn’t lose the vacancy. Amazing generosity, and all because of rugby.

I feel privileged that I get the chance to speak to the players that play for Edinburgh, Scotland Men and Women, and now count many of them as friends, as well as many rugby family members. I have also had the pleasure of meeting legends like Andy Irvine, Iain Milne, the Hastings brothers, Ieuan Evans, Scott Quinnell, Rory Best, Nigel Owens, Gregor Townsend, friend and total legend Doddie Weir, recently Paul O’Connell and even Mr Egg Shaped. 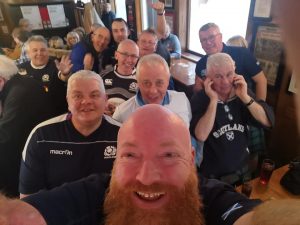 Without a shadow of doubt Rugby has changed my life and my Happiness is Egg Shaped.