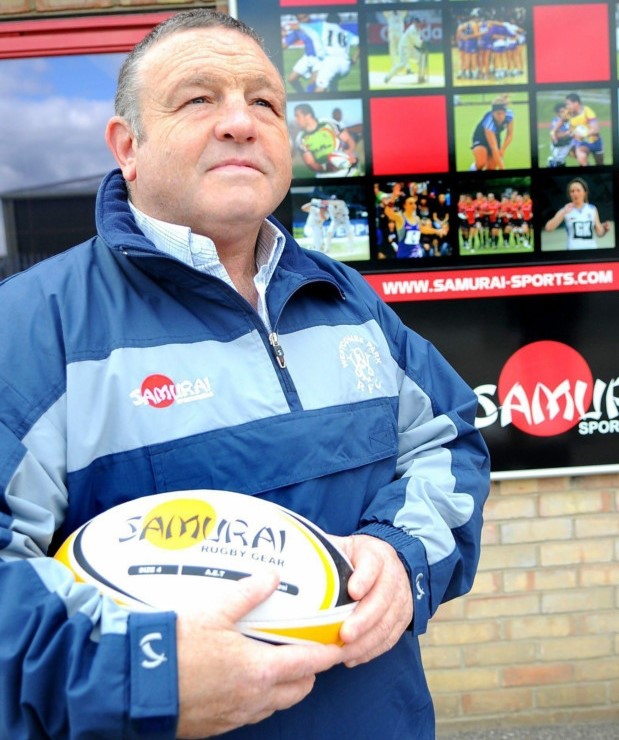 Terry Sands is one of the best known and most recognisable faces in the World of Rugby. He is the father of globe trotting Samurai International, the famous and well respected invitational team.

Many International players and coaches have represented Samurai as the springboard to further honours on the International scene and had a hell of a good time in the process. Happiness is Egg Shaped were delighted that Terry was able to find time in his busy schedule to answer a few questions.

You are the father of Samurai! How and why did it start?

The side started in 1996 when I was asked to put together a team to enter the 20th Anniversary of the Amsterdam 7s. I had been involved with rugby all my life initially as a County player. The invite originated from South Africa where I had been for the RWC in 1995. The tournament saw the first ever team to run out in the colours of Samurai International RUFC

The name Samurai came from watching the Cherry Blossoms, the Japanese national team, at the 1995 RWC. Despite their relative lack of size and experience they attempted to run the ball from everywhere effectively trying to play sevens in a fifteens test match. The thing that struck me is that regardless of the scoreline, even when they were a hundred points down against New Zealand, they never once stopped attacking and running the ball. I fell in love with that style and ambition and it has been part of the Samurai ethos ever since.

Samurai tour like no one else, why is it so important to you?

I think the way we tour helps breed success not only for the team but most importantly for player development. Whenever and wherever we tour we make sure the trip is run as professionally as possible but, we also ensure that the traditions of the touring game are part of it as well. At Samurai we don’t just try to make better players we try to make better more rounded people.

We also make sure we continue to learn on each tour, we very much believe in being what we call “lifelong learners” with every day being a School day for Samurai. 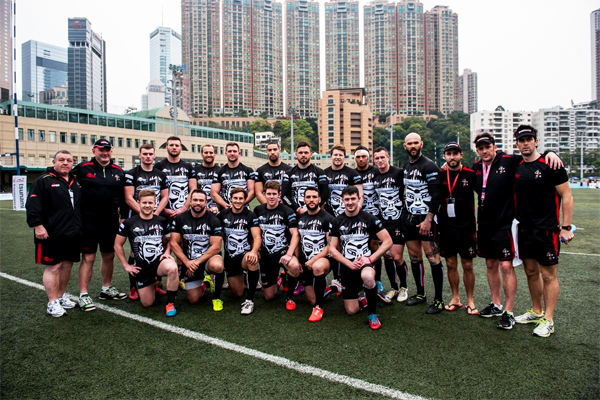 Samurai have given opportunities to a huge number of players and coaches all over the world, who are the people who stand out for you?

There have been so many and we like to think the Samurai Crew have an eye for talent whether management, coaches or players. I think our three “Player Of The Decade” award winners are my stand outs. Simon Hunt, Rachael Burford and Mark Bright have all delivered for Samurai time and time again and each embody what it means to be a Samurai. There have been so many important and special members of the #SamuraiFamily but these 3 represented everything we stand for especially in terms of effort on effort.

I think if you look at our coaches who have led teams to Olympic honours you would have to include the likes of Tim Walsh, Ben Ryan,

Neil Powell and Simon Amor as stand outs. You’d also have to look at the likes of Mike Friday and Nick Wakley who are great Coaches and great people and have won tournaments for Samurai and various nations all over the World.

In our 20th year we set about producing our first ever club honour awards of Vice Presidents, Life Members and Associate Members which will be announced on our website very soon. This list should give you further insight into many others that have had a huge impact for Samurai.

How has the game of 7s changed in your time in the game?

The game of rugby sevens fundamentally remains the same, not a huge difference from our first tournament in 1996, my time as England 7s manager or now as an Olympic Sport. Remarkably a simple, game. What has most definitely changed is the level of conditioning of the players and the technical and professional aspects of the game. Those small little pieces of detail when preparing a team in the run up to and during World Series events, are now more important than ever. Good team preparation can make a big difference come match day.

What is your philosophy?

Our philosophy on how we play goes back to the Japanese team at the RWC in 1995.  We still look to play fast attractive attacking rugby every time we take the field and it’s worked out pretty well so far. 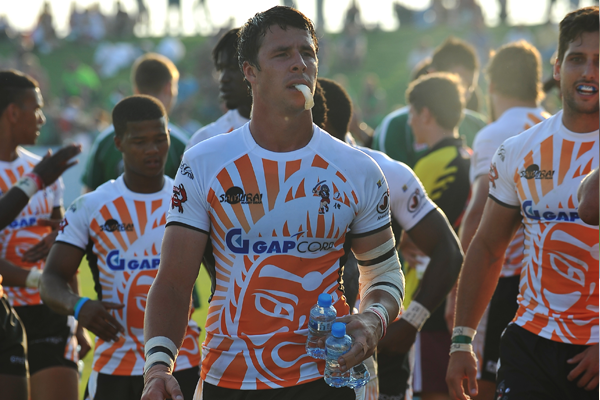 possible. We believe it is vital to retain an element of fun within a relaxed environment but make sure we get the balance right to maintain success. We want our players and crew to enjoy and express themselves but above all give them opportunities to develop which will hopefully, lead them on to greater things.

What does the future hold for Samurai?

More of the same I guess. We are continually striving to improve on the pitch and off it. Our vision is to continue to help grow the game and in doing so Identify young talent and help them develop and achieve their potential. Doing well at all the tournaments we enter helps us to use our success to promote the game and its values.

Never eat anything bigger than your head and never sleep with anything you can’t bench press. 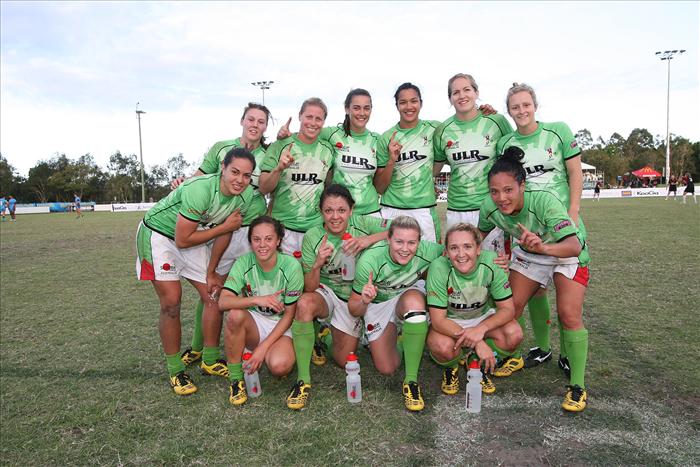 What funny incidents stand out from your years of touring?

You know the rules! What goes on tour stays on tour? But, one day I might write a book! Potentially a best seller haha……

Surely you can tell us one story?

We had a young player, who is now an Olympian, with us at the Safari 7s a few years back who got himself a bit confused when we checked out of the team hotel to head home. After settling his room bill he came out to speak to the management team with a rather bemused look on his face.  Worried that something was seriously wrong, our staff immediately asked what was bothering him. He then told us that he thought the hotel had made a mistake as they had taken payment from him in Kenyan Shillings while, he said straight faced, he only had GB Pounds in his account. Still looking puzzled his face suddenly changed as if he had an epiphany. “I know” he said, “my bank manager takes the money out of my account and changes it into Shillings for me and then put it back in.” He didn’t seem to understand why the rest of us were rolling around the floor laughing hysterically.

“I see Sandsy as my rugby dad. He is always there when you need him. Samurai for me is like family. Really close knit and supportive.”

How big is the Samurai family?

I didn’t actually realise how big it was until we started looking at our Alumni last year for our 20th Anniversary. It now covers the men’s and women’s game on every continent except Antarctica. We have player and staff representatives on almost every team on the Sevens World Series and International regional sevens competitions like FIRA and CAR. 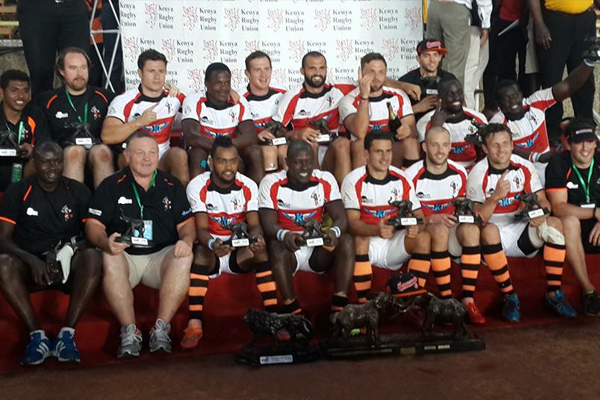 I think it is safe to say that whenever you meet a rugby sevens team anywhere in the world that somebody involved with that side will have a connection to Samurai.

What excites you about your role?

The fact I get to work with players and staff from all over the world and go to places I would never get to have gone without being involved in rugby sevens.

And the next challenge…

Our biggest challenge is always securing sponsorship to fund the club. The more funding we get, the more tournaments we can enter, the more opportunities we can give to players and staff and the more top class Internationals we can produce. Pretty simple really when you think about it.

What do you see as your biggest success in rugby?

Samurai have won just about every tournament there 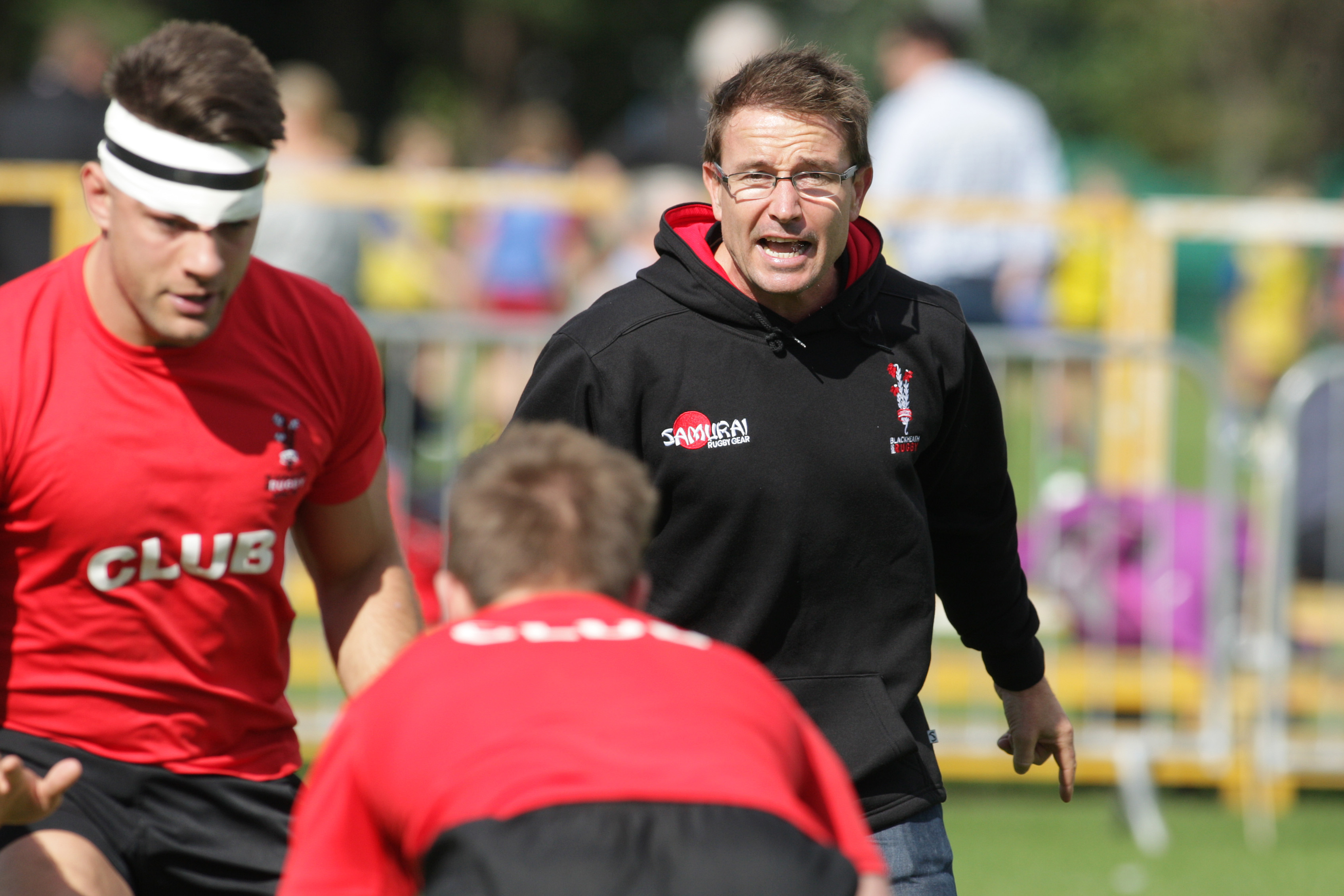 is to win and count our coaches and players among just about every International team in the world. The club’s legacy is probably our greatest success. It is effectively the proof that what we do works and works well. The sheer numbers of Samurai Alumni in Rio at the Olympics and the fact that four of the six coaches that took their teams to a medal were connected with Samurai is an incredible achievement. When you just look at those stats and figures they show that Samurai comes out ahead against any other club in any sport as a proven development pathway for Olympic and International talent.

For me the greatest successes are the ones off the field. A good example would be the charitable causes, like the David Sheldrick Wildlife Trust, and SOS Kit Aid, we have been able to help because of our success on our field. I also get a huge amount of personal satisfaction when we get to help the so called “emerging nations” like the USA, Spain, Portugal, Uganda, Nigeria and Jamaica develop so that rugby sevens continues to grow and become a truly global sport. 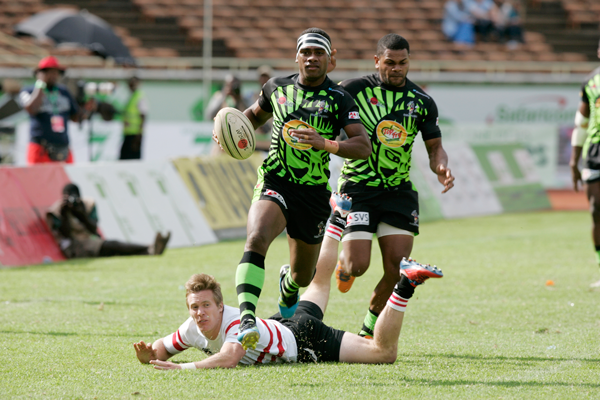 Terry has made a huge impression on the game and the people that have become members of the Samurai Family. Terry’s passion for the game is immense and he doesn’t look like losing any of his spark or enthusiasm anytime soon! There is no doubt, the team will go on contributing to making our great game even better with players and coaches alike honoured to be a part of the Legacy.