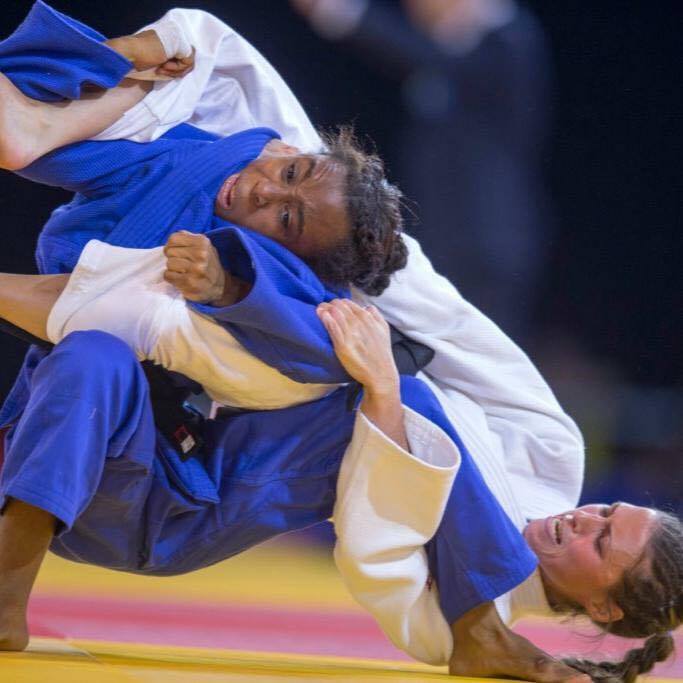 Kimberley Renicks has shown a Growth Mindset to achieve her goals and loves rugby!

In 2014 Kimberley Renicks won a Gold Medal at the Commonwealth Games in Glasgow in the Under 48kgs Category of the Judo. Kimberley has played rugby 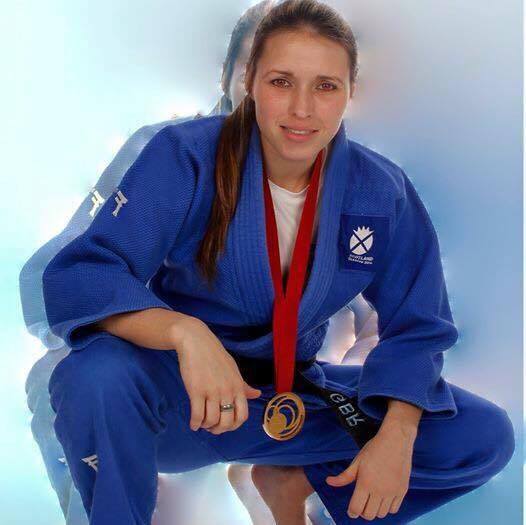 and continues to follow the game as a supporter. The links between Judo and Rugby are strong and taking the opportunity to learn from others sports is vital to continue to improve practice and look for the winning edge. Here is what Kimberley had to offer…

Congratulations on your Gold Medal at the Commonwealth Games in Glasgow in 2014, can you describe your journey to that point?

I started judo at the age of 4 and by the time I was 12 I had made the U16 GB team. Two years later I was in the GB Cadets, Juniors and Seniors Teams as well as the Scotland team. I have competed in the European and World Championships but haven’t won a medal there, yet.

In 2012 I missed out on the GB Olympic Team and I was reserve. That was very gutting as I was so close to being there. I used that as motivation for the Commonwealth Games in 2014.

When I found out that Judo would be included in the Commonwealth Games Glasgow 2014 it was two years of very hard work as only 7 girls could make the team. I started the qualifiers well with 2 golds and silver in the first 3 competitions. This put me at the top of girl’s table for Scotland. In the next few events I didn’t get a medal, this was hard but I kept myself In the top two. It was then a long wait for the letter arriving to say I had been selected.

When that letter came through the post it was a great feeling that all of the hard work I put in was paying off. I then had now only had 2 months of training to prepare for the Commonwealth Games.

What was it like to win in your ‘Home Games’?

Winning at a home games was one of the best things that has happened in my life. Having a home crowd cheering you on in every fight with Scotland on your back is something that doesn’t happen every day!

Since 2014 I was trying to qualify for the Olympics in Rio. 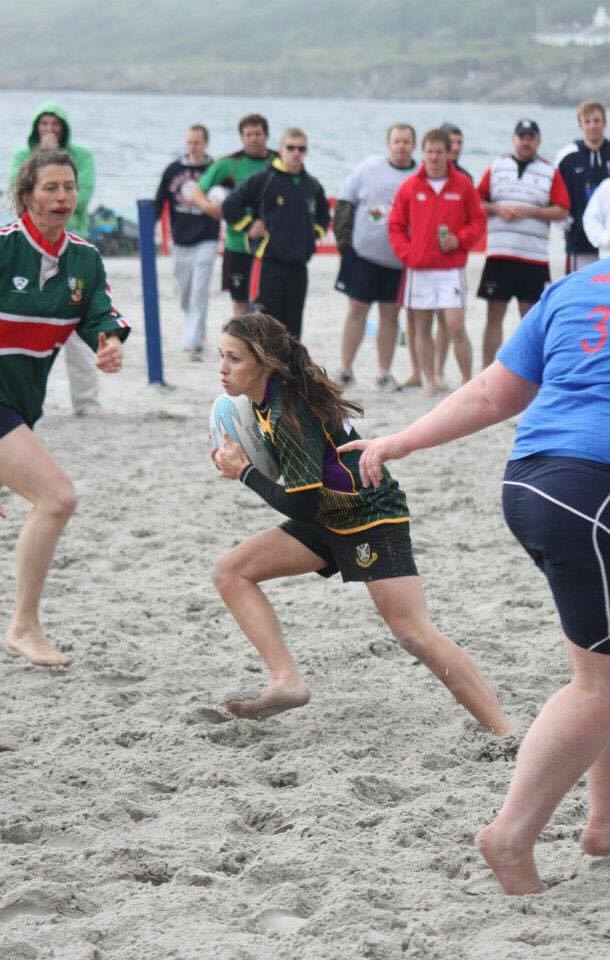 That meant travelling to events all over the world, but unfortunately I got injured at the end of the qualifiers and needed a shoulder operation. I am now working on my rehabilitation and hope to be back competing again soon.

Do you have other sporting interests?

I have lots of other sporting interests. Rugby is my second favourite sport to watch and play. I played at the Islay Beach Rugby Tournament!

What do you think are similarities between Judo and Rugby? Many of the 7s players in the Olympics in Rio have excelled in other sports before specialising in Rugby… is there a chance we might see you playing Rugby again in future?…

I think judo and rugby go great together. The impact your body takes when you are thrown to the mat so many times, knowing how to fall then get up quickly, moving your body the right way is similar to how to hit someone on the park!

I would love to play for Scotland at rugby when I retire from Judo! 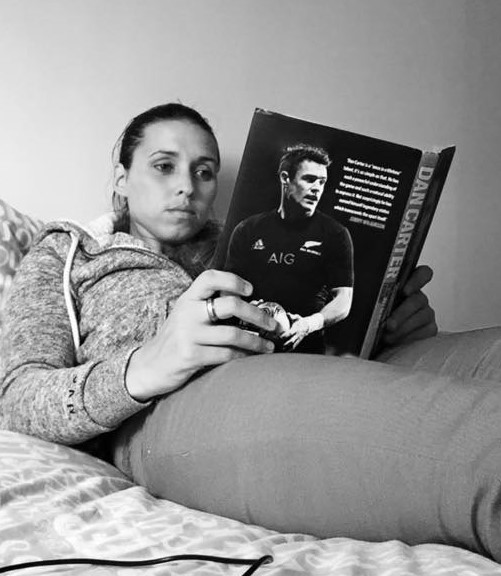 What is it you like about rugby? Who do you enjoy watching (team or players)?

I love rugby for the speed and power of the game. I love the sportsmanship and that it is team sport, as judo is an individual sport, if something goes wrong it is you that has to fix it – it could be too late and it is all your responsibility. In rugby you have 14 or 6 team mates that have your back!

I like to watch New Zealand and I am a BIG Dan Carter fan! But I’m a Glasgow girl so I love my Scotland and Glasgow Warriors!

Your sister, Louise, also won Gold in Glasgow. What is your relationship like, do you motivate each other?

My relationship with my sister is good, we are training partners and push each other to be the best that we can be every day. We are sisters so we do have our little fights but there is no other person I would want to have by my side.

Have you ever had a Fixed Mindset and not done something or given something another shot or given up altogether?

I’ve never really had a fixed mindset because I believe that you’re not just great at something right away, you have to put the hard work in. There are people out there that things come easier too, but they still have to do the work to achieve their goal. If I had given up at the things that were hard, I would never have won any medals!

When do you use a Growth Mindset? What examples do you have from sport?

I used to be embarrassed that I am dyslexic but as I have got older I realised that I might not be the best at reading and writing but my brain works in a unique way. I found that I’m good at most sports and that I try I am good at learning in a physical way. In future I hope to teach and motivate kids how to do sports.

Throughout my judo career I have had injuries that have set me back. If I had given up, then I would have not realised 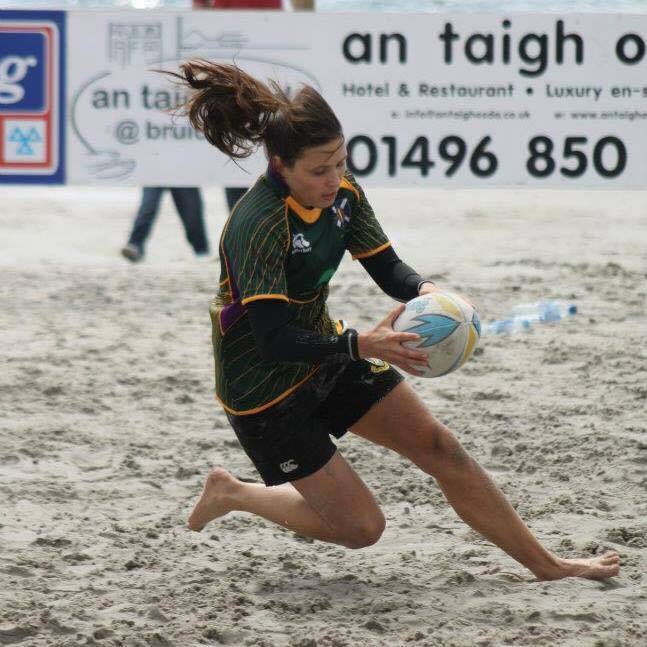 my dream and become Commonwealth champion. I have learned that it doesn’t matter how many times that you get beat or knocked down, it’s about how you learn from it and come back stronger.

My family are who give me inspiration. My mum and dad have given up a lot to help me follow my dream and my sister, Louise, is always pushing me to be my best. She picks me up when I’m down and need get back on track!

I can’t pick what way I like my eggs! Each week I have my eggs scrambled, boiled or poached at different points in the week!

I have a lot of Happiness! Some of which is Egg Shaped!

It was great to interview Kimberley and we wish her all the best for her return to competition. No doubt we will be seeing her back in action soon, on the mat or the pitch!